Hi, welcome to my blog. For those who don't know, I've been working in Beijing the last couple of weeks on a blockchain startup called Saito. I've had a few people reach out to me and ask about what the experience has been like and how I got here, so in this post I'll explain how I got here and what I've been up to the past few days. I'm going to post here regularly to keep people updated on my travels and to inform people about what's happening in my life while I'm in Asia this summer.

To some of you, this might be a shocking change of pace. Even for me it was a pretty out of the blue, but things happened to fall into place to allow me this opportunity. I originally had employment plans once I had graduated from my program, which ended up falling through at the beginning of April. Most of the summer hiring had concluded by then, and I felt like I had squandered my other opportunities by putting all my eggs in one basket. I finished my exams, moved back to Ottawa, and started the application process from scratch.

Fairly unexpectedly, I received a message from a man named Andrew McColl. Andrew happens to be a co-chair for the Queen’s Blockchain Innovation Committee, and he came presenting an opportunity. He was recruiting Queen's students to work on blockchain projects in Hong Kong during the summer. Andrew had worked at OKex the previous summer in Hong Kong under the direction of Jack Liu, so he could testify to the quality of the experience being offered. Jack is a Queen’s alumnus who is a serial entrepreneur in fintech and blockchain. I had the pleasure of seeing Jack speak last October through a QBIC arranged talk at Queen's where he discussed crypto-currency and tokenization. With the rise of Bitcoin's popularity many of you are familiar with cryptocurrency, but to quickly summarize, the spirit of tokenization is the idea of accurately measuring value given and received in a network in the form of an asset. This topic requires a post by itself, so if you're interested let me know.

The spirit of tokenization is the idea of accurately measuring value given and received in a network in the form of an asset.

I told Andrew I was interested in pursuing this further, and shortly thereafter had a conversation with Jack himself. Jack originally pitched the project to me as “the new internet”. I had my reservations about it, and while Jack definitely engaged in some hyperbole in order to captivate interest, after reading the white paper I was intrigued. To put it as simply as I can, Saito is a big data blockchain that pays people proportional to the data they help move through the network. Again, another day another post, but this is all you need to know about for the time being.

Saito is a big data blockchain that pays people proportional to the data they help move through the network.

I became acquainted with the team (basically just the co-founders, David Lancashire and Richard Parris) and had some chances to ask some questions about themselves and the project. Apparently those questions did the job; they decided that I was worthwhile enough to ship to Asia and be put to work.

I arrived in Beijing on May 24th and it took me about a week to get over jetlag. I spent the first day exploring the city by myself, mostly because my coworkers had planned a 16 hour boardgame binge with a couple of other expats with nothing else better to do, apparently. I swear I'm not bitter. My adjustment has been slow but steady. My Achilles' heel continues to be my lack of language skills. Specifically, my Mandarin is beyond terrible, so I've been reduced to pointing at the menu and saying "这个” (“zhège”, or “this” in English) when I order at restaurants. I keep a list of common Chinese phrases on my phone that come in handy, but it still can't redeem my god-forsaken pronunciation.

Even I'm ashamed of my speaking ability, I really feel like I started to get comfortable as soon as I had a local Chinese number, and access to WeChat’s payment system. You can go to almost any vendor/stall/store in the entire city and pay with just your phone thanks to WeChat. All you have to do is scan a barcode, or have your bar code scanned in order to pay for things. This requires that you have data, however that wasn't difficult to acquire here in China. All it took for me to get unlimited talk, text, and data was my passport, a new SIM card, 10 minutes at China Mobile, and $12 CAD. Just a reminder that things can definitely be better than they are back home.

All it took for me to get unlimited talk, text and data was my passport, a new SIM card, 10 minutes at China Mobile, and $12 CAD

While I'm throwing some shade at my associates, I'm having a blast working with both David and Richard. David is the software architect; he created the project from scratch and has designed all of the economic incentives, protocols, and solidified the system in code. I have a lot to learn from him in terms of core Blockchain technology. Richard comes from a corporate networking background and is the glue holding the operation together. He's solely been responsible for all the managerial duties that this project has demanded (including HR and helping me get to Beijing). Both of them embody a healthy state of having "strong opinions loosely held". It's refreshing to work with smart, driven people whose egos don’t get in the way of progress.

A typical day involves me waking up around 7:00am and starting my morning routine. I aim to get out the door by 8:30am, and once I'm outside I grab the first Mobike I can find and jump right into the chaotic Beijing traffic. Beijing's probably the best cycling city in the world, with tons of bike and side lanes that allow you to get around the city faster than walking, and more efficiently (and probably still faster) than driving. For breakfast, I hunt down the nearest 建炳 ("Jian Bing” or Chinese Crepes) stall, grab 2, and head off to meet up with the team. We mostly work at this place called “Crave Cafe”. They’re a pretty great little place for VC’s and other independent workers to use as office space as they do their best to meet with clients, send emails, and in general work on building out their dreams all while drinking a decently priced cup of caffeine (just like back home!). 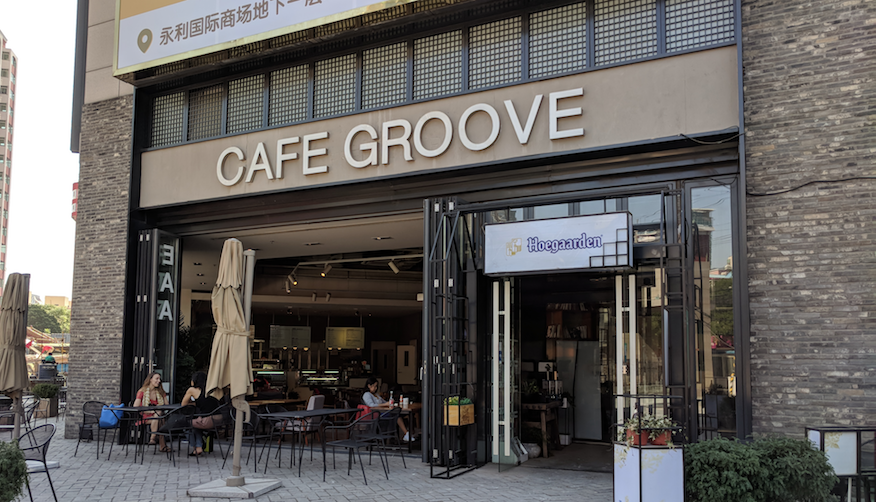 After a solid 3 to 4 hours of coding and collaborating with David on some feature, the team along with Richard will go out to eat lunch (mostly at Szechuan restaurants) someplace outside the district. More than likely we’ll head West closer to the city's centre and work the rest of the afternoon at a different cafe or bar. After a few more hours of work, we'll normally grab dinner and a drink, where the topic of conversation ranges anywhere from technology, the humanities, or David passionately explaining the brilliance of Christopher Nolan and his use of water symbolism. After a period, we head our separate ways and I come home and procrastinate writing this blog.

Right now, this is the current plan for where I'll be this summer:

I appreciate you for making it all the way here. Feel free to give me any feedback on my writing and how I can improve, preferably privately.

If you have suggestions of what to do, where to eat, or if you'll be in the area, make sure to reach out to me and let me know! I'm planning on getting out a post every 1 to 2 weeks, and I'll also be posting photos of travels intermittently on my Instagram.

I'll leave you with my favourite saying I heard when I first arrived. Until next time.

"Heaven is high and the emperor is far away"